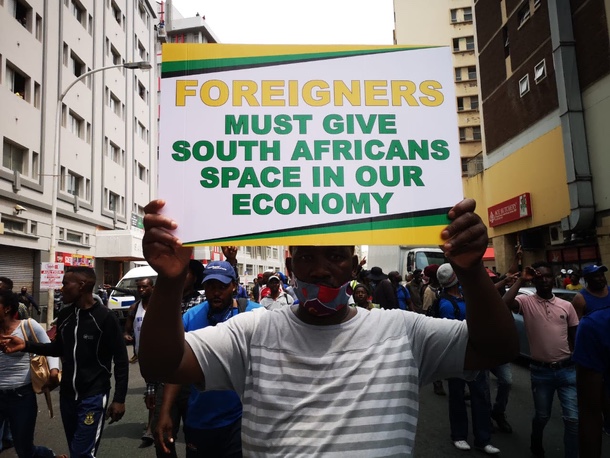 uMkhontho weSizwe veterans have taken to the streets as they get in violent altercations with foreign-owned shop owners.

The group is calling for the closure of all foreign-owned shops in Durban, Kwa Zulu-Natal.

According to the group, said foreigners are troublesome and they are a huge contributing factor to corruption and most social ills in the coastal city.

In a statement by MKMVA KZN Convener, Zibuse Cele, it is unacceptable for South Africans to remain unemployed, while job opportunities are constantly passed over to foreign nationals.

“If foreign nationals are expelled from the country, a lot of social ills will end,” Cele said.

Cele orders police to protect themselves after Malema‘s threats