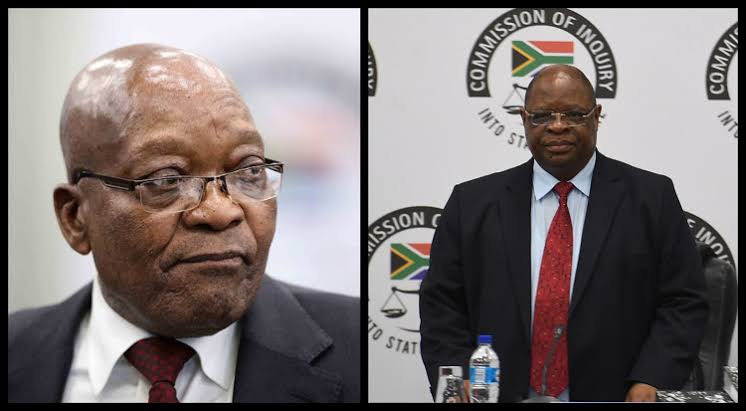 Deputy Chief Justice Raymond Zondo has filed a criminal complaint against former President Jacob Zuma for walking out of the commission hearings without being granted permission.

This follows after Zuma’s application for the recusal of Zondo as the chair of the state capture inquiry was dismissed.

According to Zuma, it is alleged that Zondo would be biased because they were friends. However, Zondo denied the allegations and said he has no personal relationships with Zuma.

Zondo described Zuma’s actions as unacceptable and a serious offense to the commission, which is why the commission will issue fresh summons against Zuma, and should he not cooperate, he would be acting in defiance of the summons issued against him.

“His conduct may send a message to all other witnesses who might not be comfortable to come and answer questions in this commission that it is the right thing to do for a witness who has been summoned to decide to excuse himself and that witnesses who had been summoned can come and go as they please before the commission,” Zondo said.

JHB mayor to testify at the state capture inquiry