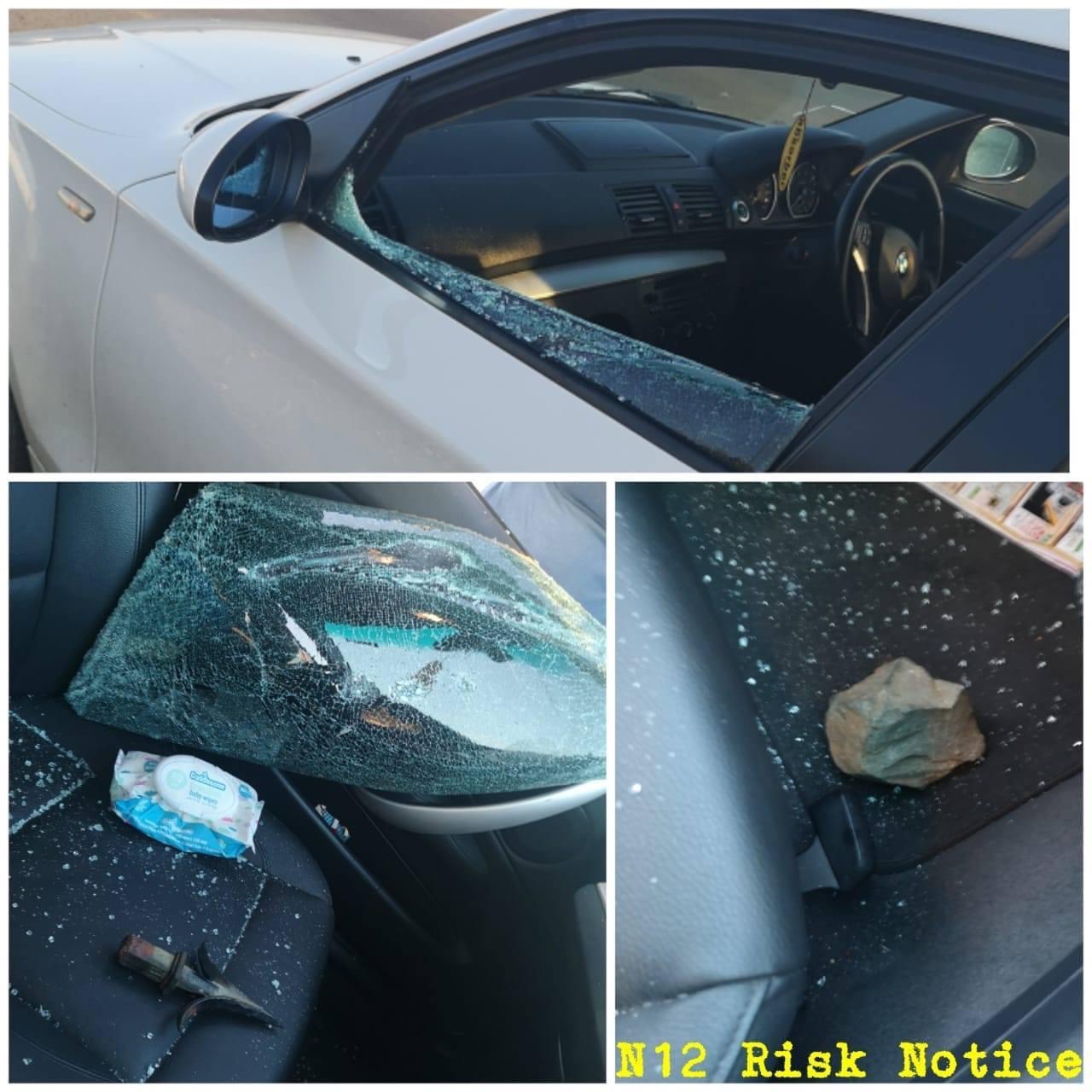 Female motorist attacked on the N12

A female motorist was travelling alone on the N12 leaving Lenasia in a White BMW 1 Series pulled to the side of the road due to electronical problems.

The motorist called for assistance and while she was waiting, she was approached by two men. One held a rock in his hand and the other had a sharp object.

Theses objects were used to break the front passenger window. The suspects ordered the victim to hand over her belongings (taking only a cellphone).

A JMPD Officer who was passing noticed the two male suspects at the BMW, the officer stopped a few meters ahead of the BMW. As the officer approached the vehicle, the suspects fled on foot.