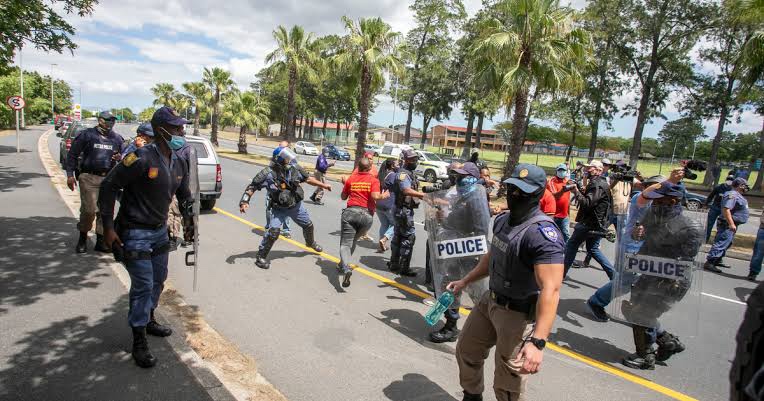 EFF protesters are meant to protest again at Brackenfell High School in Cape Town, following racism allegations by the school, and a violent encounter between the protesters and parents.

Earlier this week, exams that were meant to be written today were postponed by the school as they were expecting EFF members to protest outside the school.

The EFF supporters came out in numbers to demonstrate their disapproval of racism from the school, but unfortunately, they were shot at by cops as they were gathering by the school.

According to the police, counter protestors and spectators are not permitted to protest as only the members of the EFF have legal permits to protest.

Crowd dispersed with water and stun grenades, and according to a police officer, it’s not yet time to protest. #EFF #brackenfellhigh pic.twitter.com/oKyLRpO07t

Some people are curious why the cops are shooting people during a planned protest.

#brackenfellhigh why are members of the @EFFSouthAfrica being shot at by SAPS members, why are we allowing Western Cape to continue as a haven for racists!