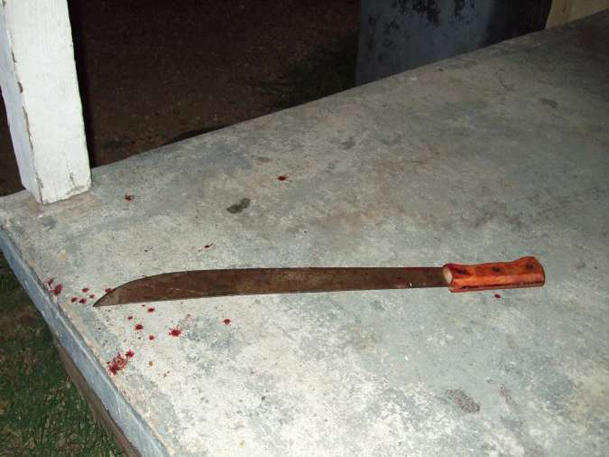 Thulasizwe Mtholephi Kunene, a 30-year-old man from Mpumalanga has been sentenced to life imprisonment for decapitating his ex girlfriend with a machete.

According to NPA spokesperson Monica Nyuwsa, the suspect pleaded guilty for murder and house breaking.

The incident occurred after the victim, and mother of his two children broke up with Kunene. “She’s the mother of my kids and she left me for another man, which drove me to kill her,” Kunene confessed.

“On the 7th of July 2019, I took a machete and I went to the house she lived with her new boyfriend and I attacked her with a machete.” He describes.

According to Nyuswa, Kunene chopped up the victim’s body and left it decapitated then he fled the scene on foot. He was arrested the following day at his workplace.

Senior state advocate, Ashwin Poodhun says Kunene is not remorseful of his actions, which explains why he tried to conceal the murder weapon.

Judge Hein Brauckmann said any form of violence against women and children is the most shameful human right’s violation. He then sentenced Kunene to 3 years for house breaking and a life sentence for the gruesome murder. Both sentences are meant to run concurrently.

Decision on Zuma’s recusal application expected to be announced