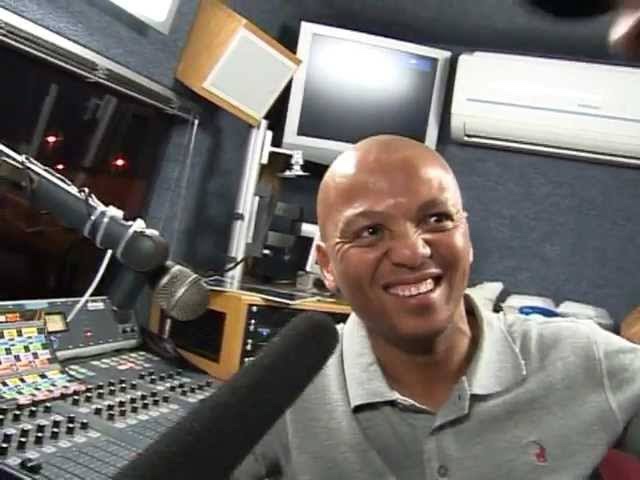 Breakfast show host, Phiwe “pastor the DJ” Nozewu has been suspended by SABC’s Umhlobo wenene for making a mockery of the racist altercation that took place outside Brackenfell High, where parents attacked EFF protestors.

While tensions brew during the protest, the radio host rejoiced and found it funny that protesters were assaulted for going to Brackenfell High to call out racism.

Nozewu took to Twitter and posted “Man of the match goes to Kobus,” while laughing. He also attached a picture of one of the community members who had led the assault charge on the red berets.

The SABC confirmed that the media personality had brought the organisation’s reputation into disrepute.

The SABC can confirm that Mr. Phiwe Nozewu is unscheduled on Umhlobo Wenene FM by the station’s management following his public utterances on Twitter in relation to a violent incident which took place in Cape Town.

Just before his suspension, the radio host posted an apology to the party as well as everyone because “racism is a sensitive issue”.

Good day. As I have spoken about this on the show this morning, I have decided to formalize my statement this morning. @EFFSouthAfrica. pic.twitter.com/mZWgEj9uN0