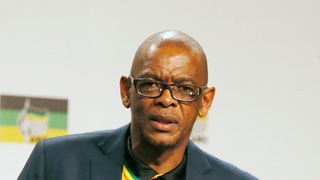 The ANC Secretary General, Ace Magashule, was charged with 21 counts of corruption and fraud, including money laundering and theft.

He was granted R200 000 bail after appeared at the Bloemfontein magistrate court. Magashule is expected to appear in court again in February.

It has been confirmed by the NPA prosecutor that the former Free State premier’s former PA, Moradi Cholota, has turned into a state witness and will testify against Magashule.

Magashule has been ordered by the state not to make any contact with Cholota either directly or through third parties.

It is alleged that Magashule received over R700 000 from Blackhead director Edwin Sodi’s company that was awarded the R255 million asbestos contract without a tender.

Also, the state alleges that Magashule failed to report corrupt transactions in contravention of the Prevention and Combating of Corrupt Activities Act 12 of 2004.