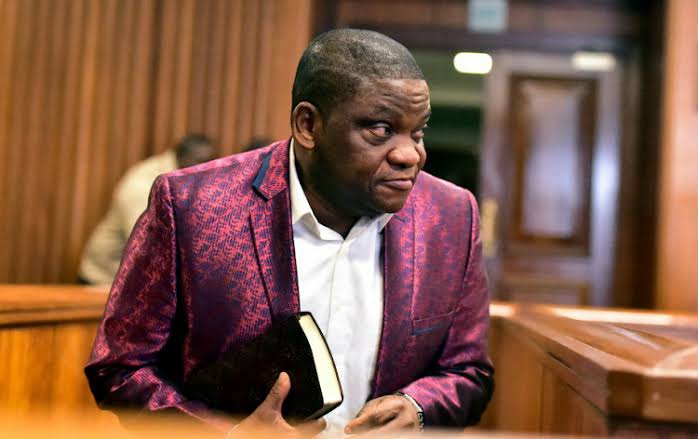 Nigerian evangelist Pastor Timothy Omotoso has been denied another appeal for his bail application in the Port Elizabeth High Court.

This is his third application that he has lost. Omotoso has been in police custody since 2017 for almost 100 charges which include rape and human trafficking.

Omotoso was arrested with two other people, who have both received bail, however, he has not been granted bail due to being a flight risk as he was once arrested for trying to flee the country.

Omotoso’s family claims the South African courts are biased and unfair for refusing to grant the accused bail as he has been detained for over 3 years.

According to Judge Phillip Zilwa, he doesn’t see any other court coming to a different conclusion, because there is no compelling reason why the appeal should be heard.