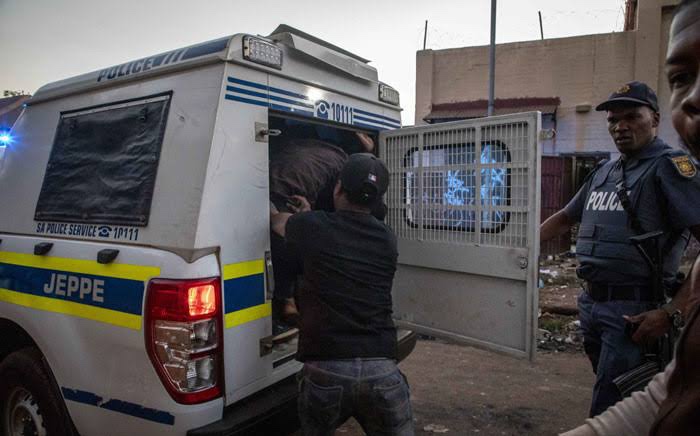 A special investigation conducted by the SAPS, JMPD and City of Joburg Forensic & Investigation Service led to the arrest of 34 suspects who are occupying a property illegally.

It is alleged the said property was purchased in 2014 & while he was busy renovating the property, the suspects illegally made themselves at home and it has been difficult to get rid of them.

An eviction order was obtained by the order where the suspects were removed from the property, however, they forcefully moved back into the property as they claim they have nowhere to go.

An investigation was conducted by the SAPS, JMPD as well as the Joburg Forensic & Investigation Service where an operation was set, and in the end – the property was handed back to its rightful owner.

“Hijacked Properties is one of the challenges that the City is faced with. We are happy with the work that team is doing. This breakthrough is a clear indication of the City’s commitment, working with other law enforcement agencies, to improve safety and ultimately make Joburg safer”, City of Joburg spokesperson said.

The City would like to encourage residents to report any suspected hijacked properties for visiting the GFIS office situated a 48 Ameshoff Street, Braamfontein.