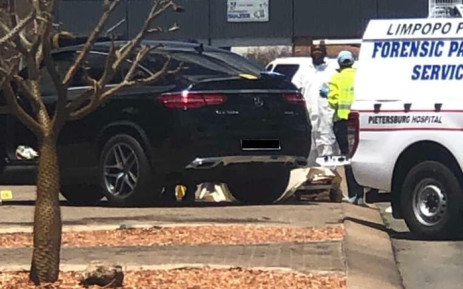 5 suspects, including husband, appear in court for business women murder in Limpopo

Two business women, Tebogo Mphuthi and Makoena Leshabane were executed in a hail of bullets in Limpopo where they were looking at premises for their business.

5 men have since been arrested in connection to the murder – and one of those men is Makoena’s husband, Thabo Leshabane.

The husband, Thabo, was arrested two weeks after the murder, along with 4 other suspects in different locations in Gauteng. He also tried committing suicide by drinking poison.

The matter was postponed to the 10th of November and the 5 suspects are expected to appear in court whereby bail proceedings take place too- during the appearance.