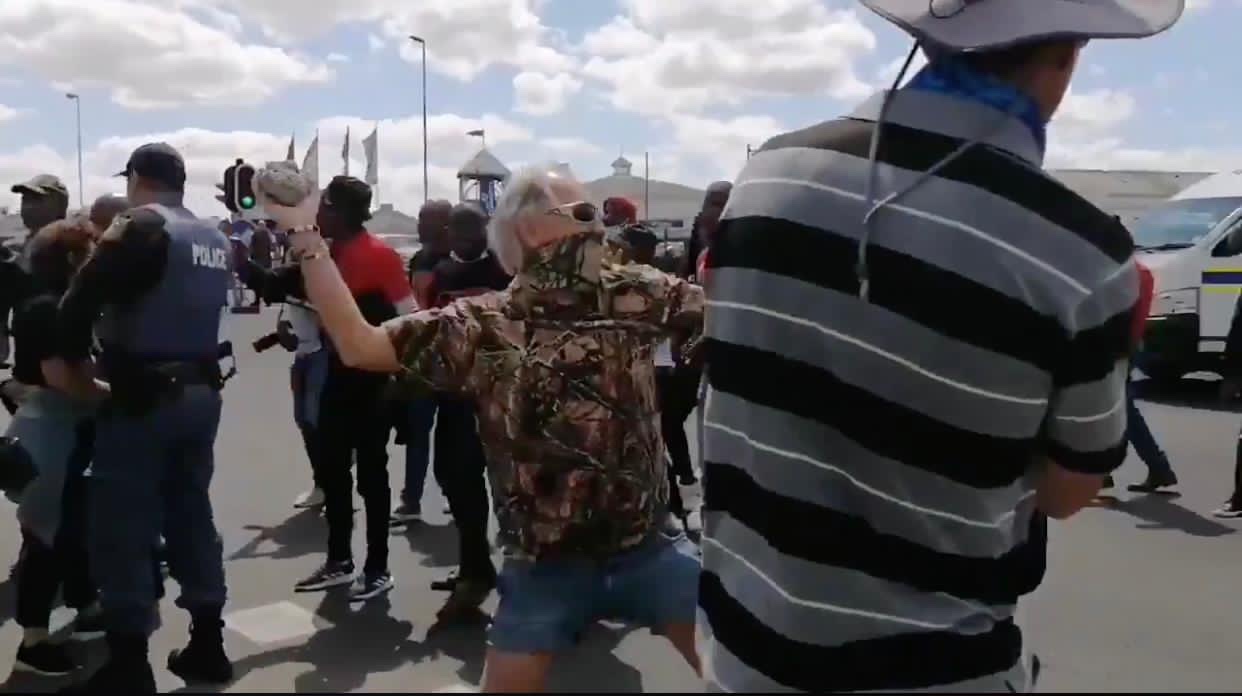 The Economic Freedom Fighters took to the streets of Brackenfell High School to protest over an event that was allegedly exclusive to – and attended by the white students at the school.

Unfortunately, the peaceful protesters were met by violence as the white, racist parents assaulted them.

This is the second protest by the EFF at the school, following allegations and news reports on social media that the event was only attended by white matric pupils.

The black students verified that they were unaware of the “exclusive” matric event.

One parent was seen holding a gun at the protest:

When reached for a comment, the Western Cape Department of Education mentioned that the event was not a department-sponsored or school event.

A source from the school said this incident is one of many whereby parents intervene in the running of the school, and black students are not visibly discriminated against, and excluded from opportunities.

Brackenfell High School was called for a comment and there was no response.

Encouraging racist enclaves as a form of freedom of association is racism.

Thinking race can be extricated from effective AND inclusive service delivery is racism.

These 3 are not mutually exclusive, because all racism.
✌️🏾

So Brackenfell High organized a white-learners-only matric ball that EXCLUDED black matriculants. EFF goes to the school to protest but when they arrive white parents start punching, throwing stones, some even displayed guns.

Are Africans not allowed to protest against racism?