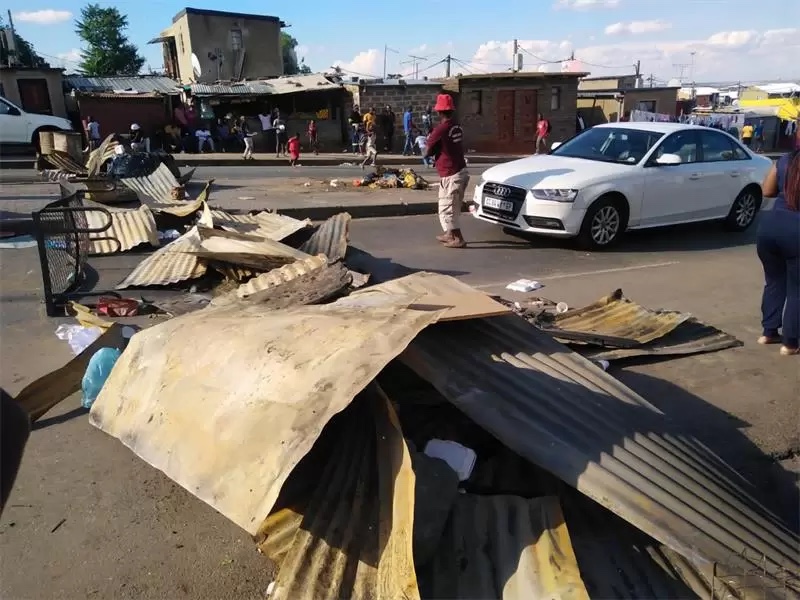 Angry residents of Alexandra, North of Johannesburg, have decided to block off Vincent Tshabalala road (previously known as London road) in demand of houses.

It has been a week long protest by angry London road informal settlement residents, whereby they’re demanding proper housing from the city of Johannesburg after some shacks were engulfed by a fire on Sunday.

The closure of the busy road has frustrated a few motorists as they’ve had to use alternative routes to move from point “A” to “B”.

Joe Mabaso, a frequent user of the road says he has been inconvenienced by this protest and he’s disappointed at the lack of police visibility as the road has been closed from Monday.

According to JMPD spokesperson Xolani Fihla, the traffic department is not aware of any ongoing protest and road closure in the area. He says they were told that the people who lost their shacks on Monday were protesting on Monday, however, there wasn’t any road closure.

Fihla has promised to prioritize this matter and send his team to go and unblock the road.