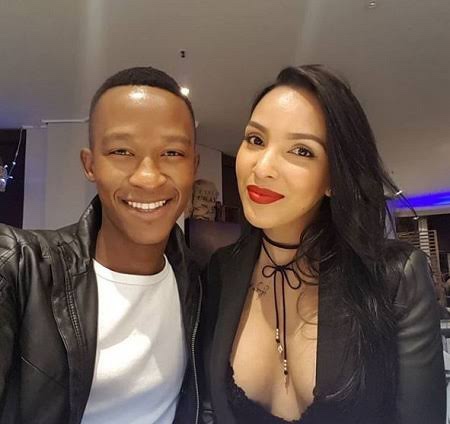 It has been a few weeks since a video of TV personality, Katlego Maboe, went viral on social media whereby he confessed to cheating on his partner and mother of his child, Monique Muller.

In the video, Murray expresses her frustrations and disappointment as she reveals that Maboe gave her a life-threatening STD that could result in her not being able to conceive again.

In the confession, Maboe is asked to name and shame the person he’s having an affair with and he mentioned it was a colleague, Nikki Murray.

The trending video cast a spotlight on abuse allegations against Katlego by his partner – which he has denied. The abuse allegations led to the Espresso Morning Show pulling Katlego off air, pending the outcome of the police investigation, as well as OUTsurance pulling all adverts featuring him until further notice.

Nikki Murray, who is also married decided to break her silence and set the record straight after being implicated in the cheating scandal.

Bergh also stated that his client, Nikita, has undergone a medical test to confirm that she has no STD, and the claims by Mr Maboe that Mrs Murray gave him the STD were false and irresponsible.

Nikita’s lawyer claims that his clients are happily married and they’ve have to deal with the effects of the malicious video in private, and their marriage was stronger than before.

COVID-19 vaccine made in India could be ready in February