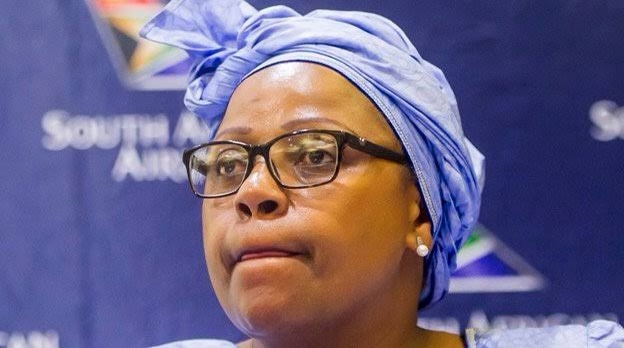 Former SAA chairperson, Dudu Myeni has shocked Deputy Chief Justice Zondo as she reveals the identity of a secret state witness known as “Mr X” – minutes before the lunch break.

Mr X told Justice Zondo that one of Myeni’s son, a has used his company to deposit R 3 million. It is alleged that Myeni would then demand that the cash be withdrawn from Mr X’s company’s account to be delivered to her.

Earlier, Myeni asked Justice Zondo who Mr X was, in which she was told he was a state witness – and a ruling was made that his identity should not be revealed.

Before the break, Myeni said she read Mr X’s full file. “I’m going to ask you as well stoically. This is a distraction of a family member. Mr X (identifying him) is my family. His children are my children. He’s my brother.” Myeni said.

Myeni continued naming the secret state witness as she tried to convince the judge that he was an honest man – whom she’d known for over 25 years – which left Justice Zondo bewildered.

Justice Zondo told Myeni that he was going to adjourn the court immediately to consider what should be done about her revealing the identity of a secret state witness.

Myeni apologized claiming she meant no malice and she didn’t intend to freak any orders, but there was no truth in hiding Mr X’s identity as he was her brother.