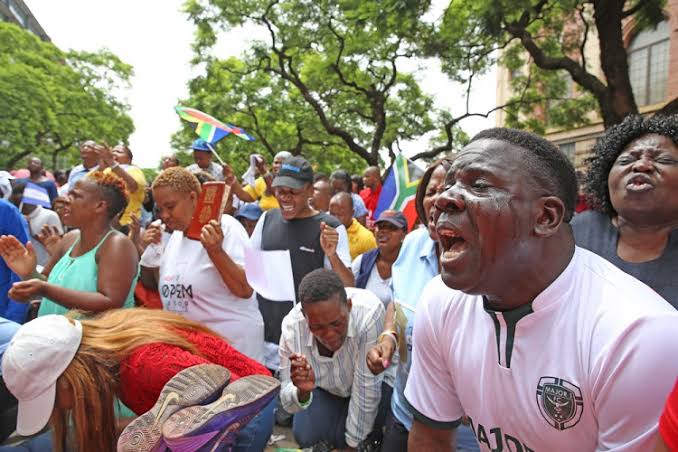 Bushiri supporters gather outside court for his bail verdict.

Self-proclaimed prophet Bushiri, his wife Mary & 3 other counterparts will be making another appearance in the Gauteng High Court for allegedly committing fraud and money laundering amounting to over R100 million.

The 5 have been behind bars for over 2 weeks now – awaiting their bail application hearting, as the proceedings of their hearing is expected to continue today from 10:00 in Pretoria.

Bushiri’s supporters who believe their leader didn’t do anything wrong have gathered outside the court to show their support in hopes that he’ll be released on bail.

This is their third appearance in court since Magistrate Thandi Theledi postponed their bail application verdict last week Friday and on Monday.

The verdict of the bail hearing application by Gauteng High Court magistrate Thandi Theledi is out and the Prophet and his counterparts have been granted bail.