The South Africa national squad has been known to disappoint the country during one of Africa’s biggest football championships, which being the Africa Cup of Nations (CAF) by contiously losing matche against other african countries!!

Many South African supporters began to watch tonights match with the expectation for the Bafana Bafana squad failing to bring glory to its supporters once again. To the viewers and non believers demise, The national squad UnMabenad themselves tonight by beinging home a 1 – 0 victory against egypt. 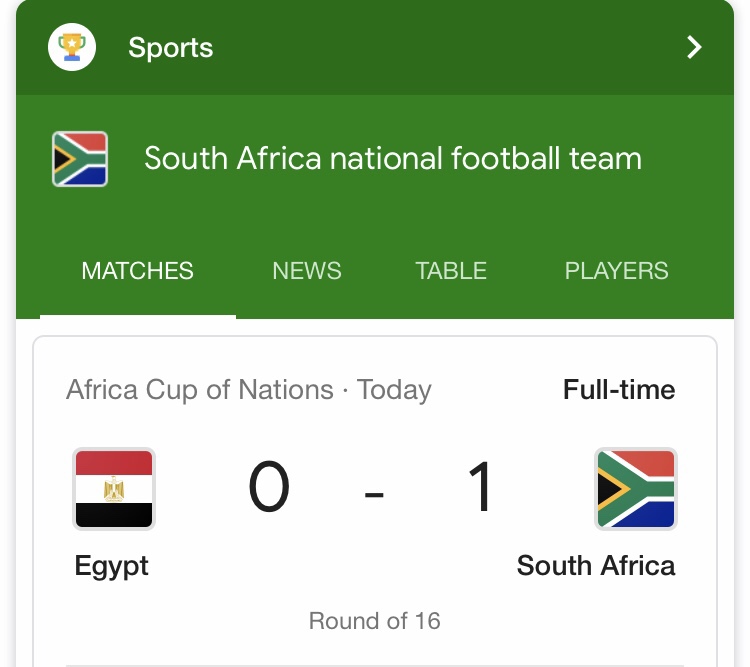 The South Africa men’s national football team represents South Africa in association football and is controlled by the South African Football Association, the governing body for football in South Africa. South Africa’s home ground is FNB Stadium, so named due to a naming rights deal, in Johannesburg. The team is currently under the charge of Stuart Baxter, who was appointed as coach on 5 April 2017. The team’s greatest achievement was winning the Africa Cup of Nations at home in 1996.

Wevcan surely say the natuonal squad has suprised many of us and we hope from now on we wilk be seeing nothing but wins from the Bafana Bafana squad. Please bo Mabena, dont do it!! Don’t disappoint us again!! South Africans are fully behind you! We support you with nation pride and hearts full of love and hope. Hambani niyo Nqoba Bafana.

Ronaldo: I have been playing at the highest level for many…

Germany vs France: The Biggest match of the competition

Dream start for the ever-disappointing England.

End Of An Era For Spain’s Golden Generation