A fatal accident has occurred On N1 South between Mookgopong and Kranskop toll gate in Limpopo fatal accident this morning. 5 people declared deceased on the scene. Motorists are advised to be cautious and patient and to drive at a moderate speed.

UPDATE: N1 South between Mookgopong and Kranskop toll gate is closed. Motorists to use R101 as alternative route.

Following a gruesome series of accidents on this route, in a short space of 2 months, ample allegations have been made by motorists and civilians. Passing allegations that a group of Zimbabwean foreign nationals may be responsible for the raise in death tolls on this route by placing sharp objects in the road, so to either search and steals items from the injured motorists, to kill and rape them.

The allegations have not been followed by an official statement from the police and motorists still fear the worst traveling past that route.

The allegations have made the rounds on social media platforms creating a major scare amongst frequent road users.

Pictures of the allegations and the accident have been attached to this article. 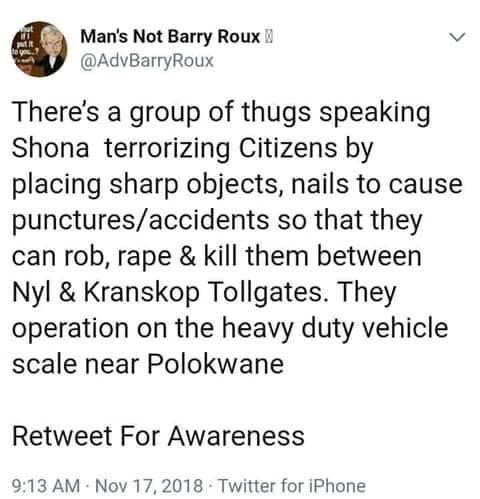 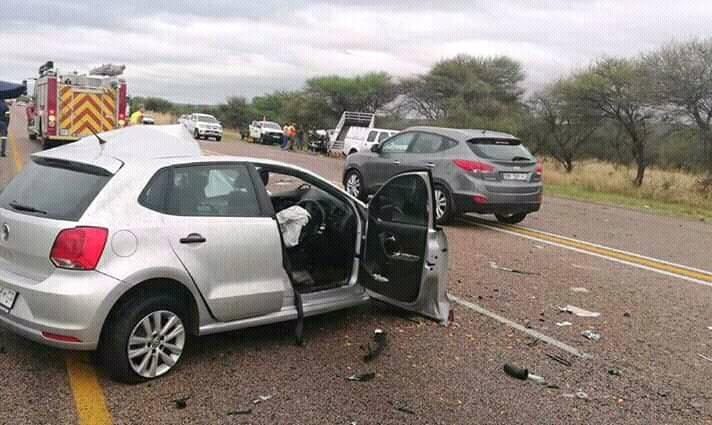