According to British reports South African gold medal holder, athlete Caster Semenya may be again forced to lower her testosterone levels or face disqualification following her win in the 800m women’s race at the commonwealth games.

The IAAF will on Thursday release their ruling on the Hyperandrogenism – which is a medical condition characterised by excessive levels of androgens (male sex hormones such as testosterone) in the female body.

The implementation of this rule may deem as contradictory to the ruling by the Court of Arbitration for Sport, which ruled to suspend regulations in hyperandrogenism in women’s athletics.

A similar ruling was passed in 2011 following her dominant performance in the 2009 IAAF championships.

These changes have proven to have significantly impacted her performance in previous races in which she was forced to consume medication and undergo various tests. 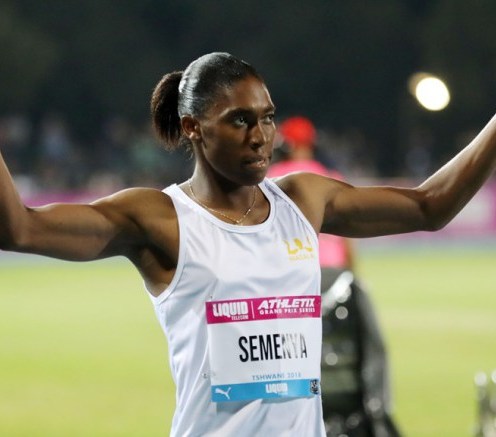 Should the rule be passed and Caster Semenya refuses to consume the medication, she stands to be faced with the sad fate of disqualification these races. This particulary affect her in her 1500m race career as the rule which might be implemented affects her dominant races which are distances between 400m and 1600m.